The forecast is in; it’s going to rain tomorrow. No, I didn’t hear this from the weather person, I heard this from five of my patients that have been dealing with either joint related pain, persistent symptoms, or have had a prior history of surgery. Each one of them has informed me that their symptoms are more irritable today which must mean there has to be something changing in the weather.

Whether you want to blame it on barometric pressure changes, tidal forces from the moon, or increased humidity, surely the weather has some effect on joint pain right? Otherwise, why do my grandparents knees ache every time it rains or snows heavily? Or why does my aunt who has fibromyalgia say she can barely get out of bed the days we have a drastic change in weather?

It is often assumed that changes in the weather have a big effect on joint arthritis or post surgical joints, however research might suggest otherwise.

When trying to understand the influence weather has on joint related pain, one study conducted within 6 European countries examined 810 participants over a 6 month period collecting data on weather variables and pain reports. Their results found that in general, people living in colder temperatures and environments were more likely to report increased pain intensity; however, there was no significant association found between day-to-day weather changes in pain. These results do not support associations between day-to-day weather changes and pain nor do they confirm causation.

Additionally, a narrative review had similar findings that showed conflicting evidence on the weather’s influence both on osteoarthritis and for joint related pain following a surgery. It did appear that this population also seemed to be impacted more by colder temperatures but results were unable to show any relationship between day-to-day weather changes.

So maybe not necessarily joint pain, but what about other chronic musculoskeletal conditions?

There has been some research that has shown a significant association between barometric weather changes and pain in patients diagnosed with fibromyalgia, but when reading into this article further it becomes difficult to determine whether emotional factors confounded these results. Despite the significant interaction effect, the authors conclude that the impact of their results was modest at best and could be very dependent on individual variability given that a small percentage of patients had an opposite association compared with the majority.

Looking further into the impact weather has on fibromyalgia, another study was unable to find any significant relationship between the weather and fibromyalgia pain suggesting that any correlation noticed does not suggest causation.

Are any pain conditions influenced by the weather?

A systematic review analyzed 9 studies involving patients with rheumatoid arthritis and were unable to find any group effect of weather conditions on pain, but do suggest that patients react in different ways according to the weather which may impact symptoms.

Similarly, another systematic review included 43 studies involving any chronic musculoskeletal condition and found that some studies found an association between weather and pain (going in either direction) and others did not. Their results conclude that there is a lack of consensus on the existence of an association between weather and pain as well as a lack of theory to explain any associative finding.

Finally, when taking contextual factors such as a patient's beliefs, feelings about the weather, and behaviors associated with weather changes out of the picture, one study set out to determine if a relationship existed between synoptic weather transitions and emergency department (ED) visits. They collected data over 7 years from three regions in North Carolina comprising the Research Triangle, which makes up one of the most populated regions of North Carolina. Their results also did not find any significant relationships between extreme barometric pressure changes with pain related ED visits.

So Why Do So Many People Blame Their Symptoms on the Weather?

Without getting too deep into philosophy, it is very natural for many individuals to associate a change in weather as a causative factor for increasing pain symptoms due to a phenomenon called illusory correlation. Our brains are finely tuned pattern generation systems that have been perfected over the course of millions of years to constantly find associations between events and outcomes. Due to the high frequency with which people have pain and the weather changes, there is a very good chance of occurrences when it is raining or snowing and an individual’s symptoms are more noticeable. An individual may make a note that their knees hurt as it is raining, but what their mind fails to do is to remember all of the times it is raining and their knees do not ache as much. Only remembering the positive associations while failing to be cognizant of the negative associations gives the illusion that the rain causes this person’s knees to hurt.

To describe this in a similar format, you may be able to recall a time you were thinking about a friend and later that day they messaged or called you. Surely they had no idea that you were thinking about them, but it was just a fun coincidence. Now, if you truly think about all the times you thought about a friend and they didn’t message or call you, then you will realize that there are much more negative occurrences than positive, which is why it is called a coincidence. What the research could be suggesting above is that many individuals are only aware of all the positive occurrences (i.e. my knee hurts and it's raining), and never aware of the negative occurrences (i.e. it's raining and my knee doesn't hurt) which in turns creates the assumption that changes in weather will increase pain.

Two of the studies mentioned above (Fagerlund et Al (2019); Smedslund & Hagen (2011)) alluded to this idea by suggesting that certain individuals reacted differently to weather changes and other emotional factors likely confounded results. If a person knows it is going to rain tomorrow, or wakes up knowing that the temperature dropped 20 degrees Fahrenheit (7 degrees Celsius) their prior expectations on what they believe are likely to influence how they feel and react to the weather change.

Why Does All this Matter?

If you have gotten this far and are still reading, you may be asking yourself “Why does any of this matter?” Who cares if my patients think the weather causes their pain? Who cares that certain grandparents blame their aching knees or shoulder on the rain? Why is it so important that we should consider challenging their beliefs on this topic as they are not likely harming anything.

It may not be that important to regularly, or even occasionally, directly challenge your patients beliefs about the weather, but reflecting on this topic does provide an example of the complexity of the pain we all feel and drive home with the concept that pain is more than just in the tissues. When a patient comes into the clinic saying they think they are more irritable due to the weather, this may just be a perfect opportunity to have a conversation on how many different factors can impact symptoms. It opens the floor to discuss sleep, stress, diet, behaviors, thoughts, immune responses, environmental factors, etc. It may provide the opportunity to demonstrate that pain is rarely predictable and always dependent on a variety of influences. You may not even need to reframe their beliefs about the weather, unless you honestly think it is impacting their recovery, but it can conveniently allow for the discussion of certain lifestyle factors that are more likely to be influencing their symptoms.

Our job as rehab professionals isn’t to point out every wrong belief our patient has and correct them. Instead, our role is to work together with them to help them make sense of their pain giving them the opportunity to have a more logical thought process on why their symptoms may be more prevalent without just blaming it on something as simple as the weather. 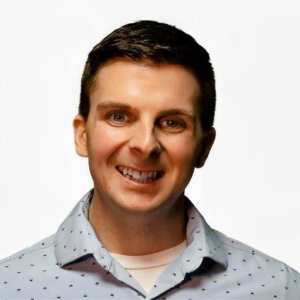 1 thought on “The Forecast Is In; My Knee Is Telling Me It’s Going To Rain Tomorrow”

The Forecast Is In; My Knee Is Telling Me It’s Going To Rain Tomorrow

If it Hurts THIS Bad, I Must be REALLY Messed Up!

OUCHY….Ouch….Oooh…OK….Ahhh: From Boiling to Chilling in under a minute

STAY IN THE KNOW